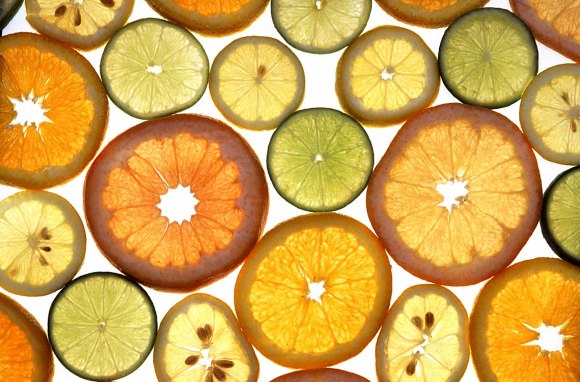 We all know the story, or at least we think we know it. Some early sailors got scurvy – showing up as spongy gums, loose teeth, skin lesions, bone pain and lethargy – which then led to some two million sailor deaths between 1500 and 1800. Who knew there were even two million people sailing around back then? Luckily Admiral Sir Richard Dawkins discovered that drinking orange and lemon juice prevented the disease. Subsequently British sailors became known around the world as Limeys because they were always eating limes (which were cheaper but less effective than oranges and lemons) to ward off the dreaded scurvy.

This account is generally correct and has been translated into a rigid belief that if citrus fruits and specifically vitamin C can cure scurvy, then the cause of scurvy must be a lack of vitamin C. This is essentially true, but it is not the whole story.

You may have even wondered to yourself, if you are from a Northern latitude, how on earth your forebears managed to get enough Vitamin C from fresh vegetables and fruits during the long winter, when they didn’t have daily deliveries from California and Florida?  Considering our Recommended Daily Intake (RDI) is from 40mg/day (UK) to 90mg/day (Canada), how were we possibly getting enough back then? One easy answer is that 2 cups of traditionally lacto-fermented sauerkraut contain about 80% of the daily RDI. So possibly our northern ancestors knew to eat an awful lot of preserved cabbage and other winter vegetables. Possibly they did as the Indians did and made themselves pine needle or cedar tips tea, or they harvested the dry red flower of the sumach bush and made “Indian lemonade”, which is similarly high in Vitamin C.  We’ve also heard the story about settlers being saved from scurvy by rose hip tea.

I’ll come back to a defining dietary similarity between the sailors and the settlers in a moment. First I want to return to a culture that never had access to fruits and vegetables and yet did not develop scurvy.

THE TRADITIONAL INUIT: NO SCURVY IN SIGHT

It would be too easy to just say that the Inuit peoples of the Arctic only ate fat and meat and didn’t get scurvy. The fact is, they ate most of their meat and seafood raw, and in their raw forms, these foods are relatively high in Vitamin C. They also ate a staple of muktuk, which is the high Vitamin C skin of the Beluga whale.  In addition, it has been suggested that the Inuit enjoyed eating the fermented vegetal contents of caribou stomachs, which were similarly high in Vitamin C. The fatty adrenal glands of animals are also usually full of Vitamin C. We’re not talking thousands of milligrams, but nearly enough to make the suggested RDI.  They probably also made teas out of herbs that were full of ascorbic acid. Simple enough explanation.

But that doesn’t explain Vilhjalmur Stefansson and Karsen Anderson’s 1928 year-long experiment at New York’s Bellevue Hospital where they consumed only fatty meat and organs (like brains, liver, kidneys) and yet did not develop scurvy. They did not consume muktuk, fermented caribou stomachs or herbal teas. The whole point of their experiment was that they exclusively ate meat and fat. And furthermore, they ate all of their meat and fat cooked; they did not follow the Inuit protocol of consuming most of it raw. This is not a magic trick, but it does illuminate the key limiting factor in the body’s ability to absorb Vitamin C.

The scoop is: both Vitamin C and glucose compete for the same receptors to enter the cell membrane, and those receptors favor glucose. The GLUT-1 receptor is activated by insulin, and pairs with the similarly structured Vitamin C and glucose molecules to allow them to enter the cell. But what that means plainly is that if you have a lot of glucose in your diet in the form of carbohydrates, the glucose is going to enter your cell membranes instead of the Vitamin C. So most of your ingested Vitamin C is going to be wasted, and you are going to have to supplement with quite a lot in order to get any past the GLUT-1 receptor gates and into your cells. However if you just keep on, keep on supplementing with Vitamin C, eventually some will get through to those receptors, and you will not get scurvy.

This fact leads to the belief that not only does Vitamin C prevent scurvy, but that a lack of Vitamin C causes scurvy. The first statement is true, the second statement is merely correlated.

A more correct way of looking at scurvy is that it is a deficiency disease caused by excessive carbohydrates.

SCURVY IS CAUSED BY EXCESSIVE CARBOHYDRATES

I really had to make that a heading, to let it sink in.

So it’s a win if you happen to be in the business of selling Vitamin C, because people on a high carbohydrate diet are going to need to buy a lot of it for basic functioning and also to prevent scurvy.

Now I want to return to the defining dietary similarity between sailors and early settlers. What unites them is that they largely lived on rations that were heavy in carbohydrates. In the sailors’ case, their diet consisted of salted preserved meat and hardtack, which is also known as a “sea biscuit”. This was an inexpensive and long-lasting flat brick of flour, water and sometimes salt. The large ratio of hardtack (and sugary rum for that matter) in the sailors’ diets meant that glucose from carbohydrates were getting to their cell receptors before any scarce Vitamin C from their salted meat rations could get close. Hence: scurvy. Similarly settlers used flour and bread as their energy staple, which inhibited Vitamin C absorption. Take away the hardtack, rum, flour and bread – and you take away the scurvy.

SO HOW MUCH VITAMIN C DO WE NEED?

Here’s the rub. On a fat and meat diet, you only need about 10mg of Vitamin C/day. But that kind of diet is not really affordable, necessary, or in any way sustainable these days. However the fact remains that if you restrict your carbohydrates, you do not need the huge amounts of Vitamin C that are recommended by the governments of the world.

However, the governments of the world would generally like to support not only their farmers (yeah, right) but their commodities markets of sugar, wheat, soy and grains. So in order to recommend a high carbohydrate diet to the people, it is absolutely necessary to simultaneously recommend a high Vitamin C supplementation.

I just need to say this one more time: Vitamin C is not the cure for scurvy, it is the cure for a diet high in carbohydrates.

This is the reason why the supplement section doesn’t even carry Vitamin C pills lower than 500mg/pill – and that most of them are at least 1000mg/pill. Why would we need ten times our RDI of Vitamin C? Maybe because our carbohydrate consumption tends to be ten times higher than our bodies have evolved to manage.

Why not read Stefansson’s first-hand account that he wrote up for Harper’s magazine in 1935?

Or read a 316-page pdf of Stefansson’s 1946 book “Not By Bread Alone”, renamed “The Fat of the Land“. You will really learn a lot about pemmican!

Maybe you also want more details about the relationship between Vitamin C, glucose and insulin receptors.